Do Wired Earbuds Cause Cancer More Than Fake Airpods? 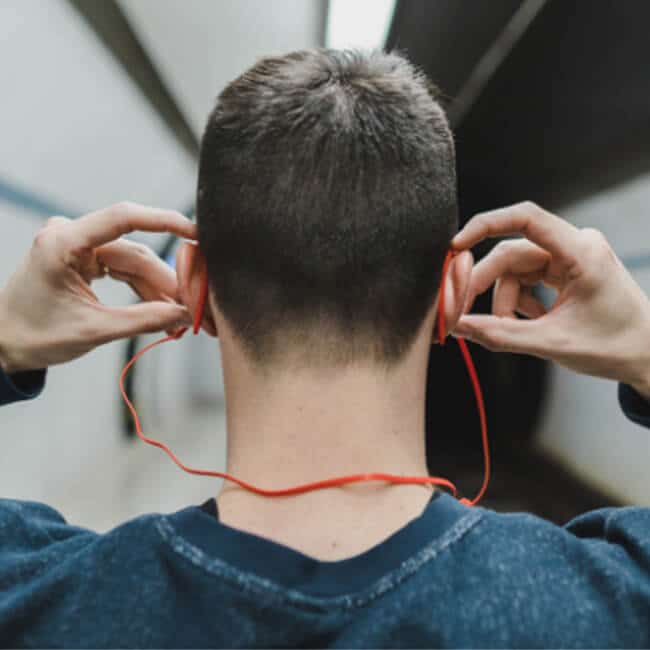 Wired earbuds do not cause cancer more than fake AirPods. In fact, there is not enough evidence to consider that these devices truly cause definite harm. It has been proven time and again that any form of ionizing radiation exposure is harmful to humans as they can cause a variety of diseases including malignancies like cancer by messing around with our cells. Although both types of audio device emit some form of weak radiation, it is of the non-ionizing type and is therefore harmless to humans.

Radiation: The Types of Carcinogenicity

A carcinogen according to medicinenet.com is a substance or agent that causes cancer. It can be anything from strong corrosive substances to radiation. Ionizing radiation such as X-rays and Gamma rays are particularly harmful to human beings as they mutate cells by messing up with our DNA. Sad to say though, they don’t give us superpowers like the mutants of X-Men.

And when it comes to audio devices, however, whether wired or not, radiation is a common denominator. Although, thankfully, they emit what is known as a non-ionizing type of radiation, one that is not yet truly proven to cause harm. I repeat, not yet. We have yet to prove their harmlessness or discover any hidden threats. Our smartphones and microwaves also produce this type of radiation.

However, there is a growing concern amongst experts and researchers in the medical field about their potential to cause harm. But according to an article in cancer.gov, “there is no known evidence by which non-ionizing EMFs could damage DNA and cause cancer…”. Furthermore, the website also stated that despite many studies conducted linking wireless devices to cnt evidence for an association between any source of non-ionizing EMF and cancer has been found.” Therefore, we should trust the experts and believe that these devices are safe for our health and well-being.

There is no denying that the current global health crisis brought about by the pandemic that is the COVID-19 virus has not only brought a worldwide whammy, but more importantly, and perhaps more devastatingly, has seriously strained us all, on an individual level and in varying degrees of seriousness, in many aspects of our being.

But perhaps the silver lining to all this darkness is that many of us have chosen to become more health-conscious and are choosing to live healthier lives and make more healthy choices. We have become more aware of the latest health buzz and have kept ourselves abreast with the newest health breakthroughs.

Recently, the news that prolonged exposure to Bluetooth devices can cause cancer has set netizens abuzz. Actually, this is no longer news to many of us. It has been established by many scientific studies years before that this finding holds true indeed. Everybody knows that exposure to radiation has cumulative harmful effects on our physiology. 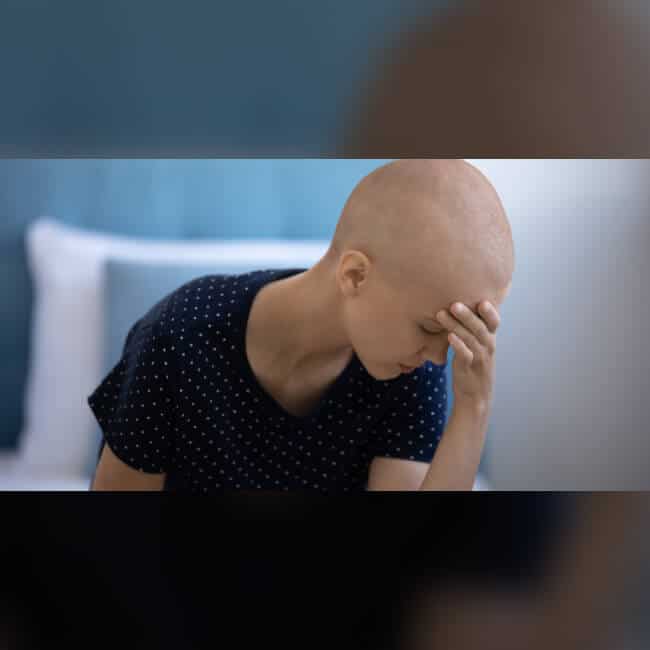 We are already exposed to low levels of radiation every day from scrolling and typing away on our smartphones, in our offices and workplaces when we use our computers, and even when we reheat that leftover pizza from the previous night’s party in the microwave. All of these devices that help make our lives easier and more enjoyable, seem to have a way of harming us as well. And with all the pandemonium that is going on all around the world, the last thing we need to worry about is another thing that will bring us more harm.

But it seems like we keep on creating things that do just that.

Recently, the trend in the digital world has been towards wireless connection and fidelity. From internet connection to audio listening, we felt like the wires were limiting our freedom to move, to communicate, to listen, to live. Wire-freedom is what tech consumers are raving for. Hence tech giants created wireless speakers and headsets, allowing us to make calls and listen to our playlists without the tangling limitations of the wire.

But these audio devices operate through Bluetooth connection, a weak form of radiation, but still radiation. And we already are aware of its effects on our health. Although the effects of these small Bluetooth-operating low-radiation emitting audio devices are not yet fully investigated, we can be sure to infer that they also have some bad ones like what their bigger cousins bring about.

Still, think about how long that in-ear audio device or that noise-canceling headphones actually stay in your ear? And its close proximity to your brain? Doesn’t that at least cause you to worry? If not, think about this, why do manufacturers not stress about these radiation issues when they launch their products? Aren’t we entitled to know the product’s features, both the good and the bad?

The Danger of Fake Airpods

And speaking of manufacturers, there is the issue with counterfeit products. Do you know those cheap knock-offs that you can get online at a fraction of the cost? Well, think again buddy. Those few bucks you may have saved just to make yourself look cooler may have just cost you your health in the long run. 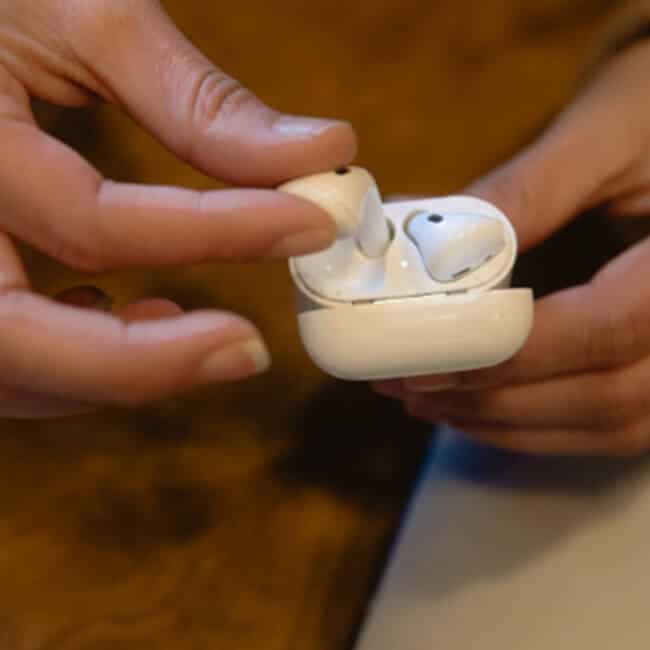 At least if you buy original products, they are well-engineered and properly made with the best quality materials. Thereby, you can expect a little bit less radiation exposure. But buddy, you know those counterfeits are made of the lowest quality of materials producers can get their hands on because they are thinking about cost-cutting and profit. Your well-being is the last thing on their mind. These cheap products are unregulated and could potentially expose you to higher levels of radiation than original ones. They are not engineered with a health concept on their blueprints. Either way, you look at it, it’s always your loss. You get a cheap product with a low audio quality that’s not worth your money and probably a little bit of brain cancer down the road in the long run.

Better Safe than Sorry, No to Fake AirPods

There are those who argue that radiation is still radiation. And even if it’s low-frequency like the ones in our wireless audio devices, they still have the potential to cause harm. Recently, in an article posted on healthline.com, scientists apparently stated concern about the potential health conditions that may arise from prolonged exposure to electromagnetic fields emitted by wireless devices which included cancer, brain disorders, and reproductive issues.

So some of us, just to be sure, may opt to use the wired earbuds since they don’t utilize Bluetooth connections like their wireless counterparts. A little less cancer risk is always better. Although, it must be reiterated that the absence of Bluetooth connectivity doesn’t mean that wired earbuds are radiation-free. Nope, they aren’t. We have to remember that they still utilize some form of electric energy, and therefore still have an electromagnetic field of their own.

However, the market is now flooded with counterfeit wireless AirPods whose safety is as questionable as to their audio performance. Of course, what do you expect of a cheap knock-off? Although we cannot find any studies specifically tackling the radiation-emitting capacity of fake AirPods and other audio devices for that matter, I think it would be safe to say that these products aren’t safe as they are not properly tested and certified and should not be patronized at all. We are just spending our money on things that will do us no good. And there have been many reports of some audio devices overheating and exploding. You may not die of cancer, but you have an increased risk of injury secondary to an exploding fake wireless AirPods. And yes, though we cannot confirm that they do emit stronger radiation than original products, the fact that these counterfeits are poorly made does call for some concern. You never know what these manufacturers used to come up with these. For all we know, some of their components may be toxic to our health.

Also, these products are not properly calibrated. They may be a bit too loud compared to originals and to think that they are situated deep into our ear canal, could potentially cause some physical damage to the fragile structures in our inner ear such as our delicate eardrum that is sensitive to soundwaves. Should our eardrums be exposed to higher soundwaves, it could potentially tear leading to irreversible hearing loss.

Conclusion, Buy Fake AirPods at Your Own Risk

So with all that said, should we opt for wired earbuds and headphones? Well honestly speaking, they do still pose a threat as they still emit some form of EMF. But since they are wired, the risks associated with Bluetooth radiation are totally eliminated, making them safer than their wireless counterparts. Hence, they have a lower chance of giving you some form of cancer along the way.

In my opinion, there is no doubt that the wired earbuds are the healthier and wiser choice here. Don’t go for that fake, wireless earpod just to make yourself way cooler. If it’s a question of your health, opt for the safer choice.

I’ll leave you with this to ponder on. Recently a group of scientists expressed their concern to the WHO because they have found that prolonged exposure to EMF poses a variety of health concerns ranging from cancer to brain disorders to reproductive disabilities. Now look back and think of all the time your smartphone was sitting in your pocket and all the hours you’ve listened to music on your wireless earbuds. Is it really worth the risk of a possible neurosensory deficit or the impairment of your virility? Think again. And again. And again.