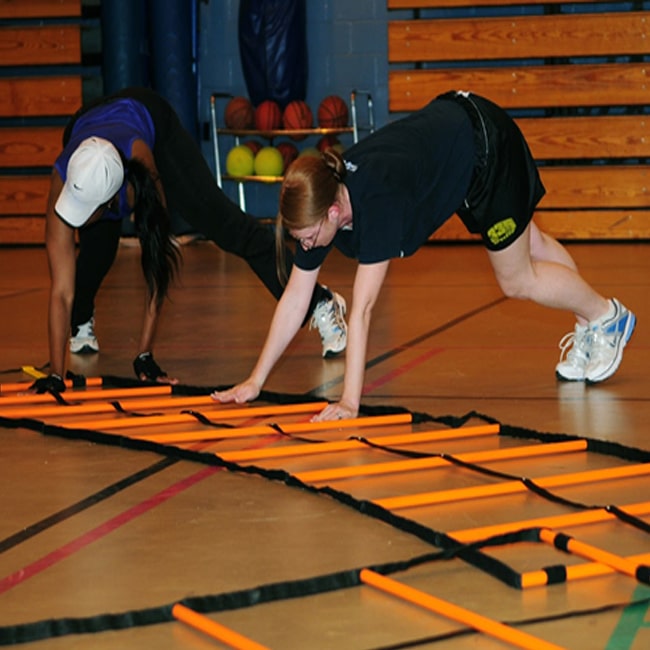 Fitness Ladder drills often involve a lot of footwork and lower-body quickness but did you know that you can also work out your upper body using an Agility Ladder? You can use these exercises provided below to work out your upper-body power as well as your overall agility!

Fitness Ladders: One of The Most Versatile Exercise Equipment 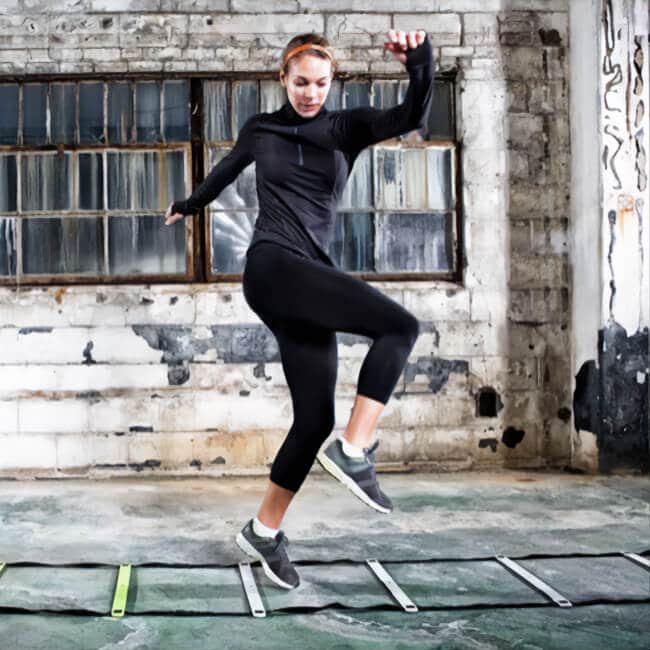 Since the pandemic came, going outside has brought a lot of risks to your health and safety. People who don’t want to risk getting sick all opt-out of outside activities as much as possible and people these days do the prudent thing which is to try to do everything at home if they can. On that note, a proper lifestyle and commitment to exercise are a lot more important now than it has ever been – since you need a strong body to fight off sickness.
But how will you be able to workout when going to the gym is very much dangerous for your health? The answer: exercise at home. If you’re the sporty type or played soccer in college, chances are you own a plyometric ladder which is also known as an agility ladder or fitness ladder – and if you don’t own an agility ladder, it’s actually pretty easy to make your own with only some duct tape, some sticks and a lot of patience. Plyometric ladders are commonly used for lower-body workout and agility training to increase your capability to do complicated footwork but you can do so much more with a plyometric ladder than what would be assumed at first.
You can actually do upper body workouts on a plyometric ladder too! Though it wasn’t built for it, you can quite effectively do a lot of training on your core and arms using an agility ladder which is awesome because of just how accessible and affordable they are. This article will focus more on how you can workout your upper body with an agility ladder, but if you want some agility ladder exercises using rhythmic footwork – you can find them here.

Before You Start Your Upper-Body Training

Before you begin trying out these exercises, there are just some things to keep in mind. First of all, you have to make sure that you’re physically capable of it – and I’m not goading you, I’m saying you should consult your doctor if you have had any physical injuries in the past that might get worse if you try doing these exercises.
Even the most simple exercises in this article will be pretty difficult so it’s alright to try to do them slowly at first – just to get the hang of it. You may do it quickly after a couple of tries – but don’t get too ahead of yourself at the start.
Also, please always do warm-ups before doing the exercise for your own sake. It’s not going to be effective to go into these exercises cold and it’s going to cause you a lot of pain to do so. 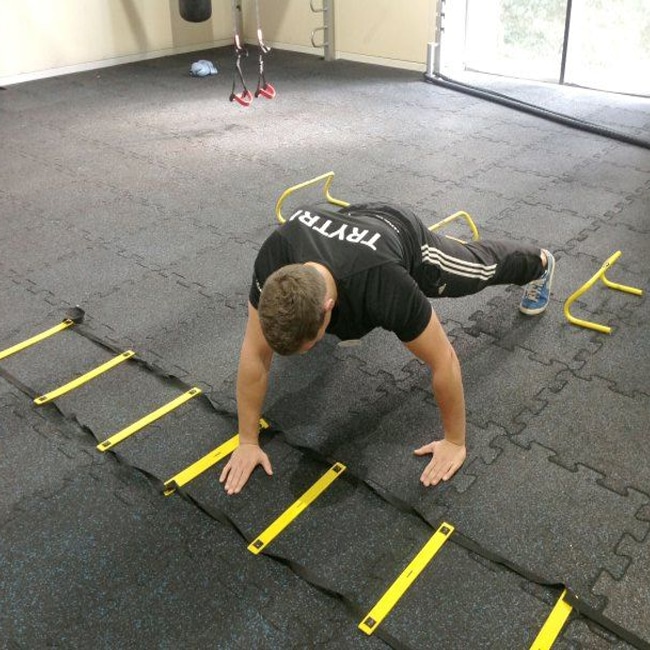 There are quite a few upper body workout routines you can try on a plyometric ladder or agility ladder. Keep in mind that the ladder wasn’t designed for these types of workouts, still, they are quite effective – but very difficult to do. However, they’re very easy to learn and quite easy to follow – it would just take a lot of effort and a lot of practice. We’ve made some simple diagrams for you to use to make these exercises a lot easier to follow.

Mobile Push-Ups On a Plyometric Ladder 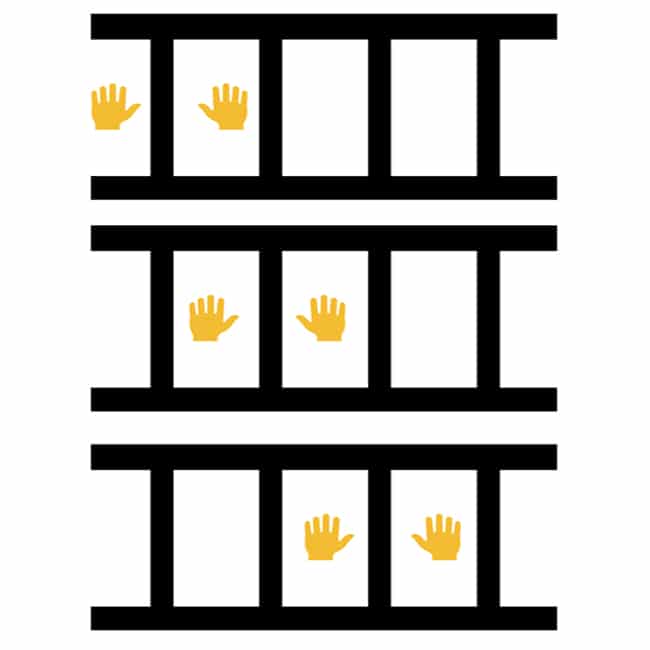 For the first exercise, you’ll be doing simple moving push-ups. This routine will require you to push up and explode upwards while also moving laterally towards the end of the agility ladder.

This simple, yet difficult exercise is actually enough to carry you through to building upper body strength using plyometric ladders. However, if you seek for more complicated exercises, you can move on to the next ones. 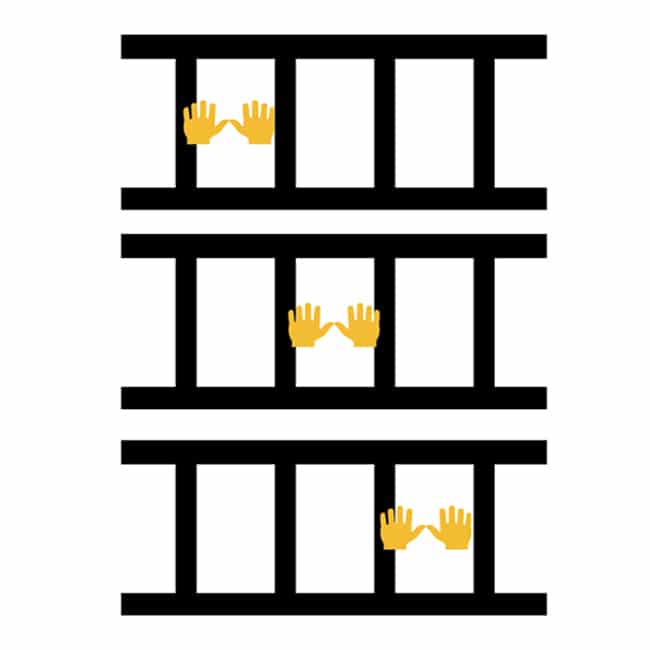 This next exercise will test your sense of balance and will strengthen your arm’s stability and control as well as its overall power. It will be just like the previous exercise, only this time – you’ll put both your hands in one box, forcing your body to balance on your arms and rely on its endurance. 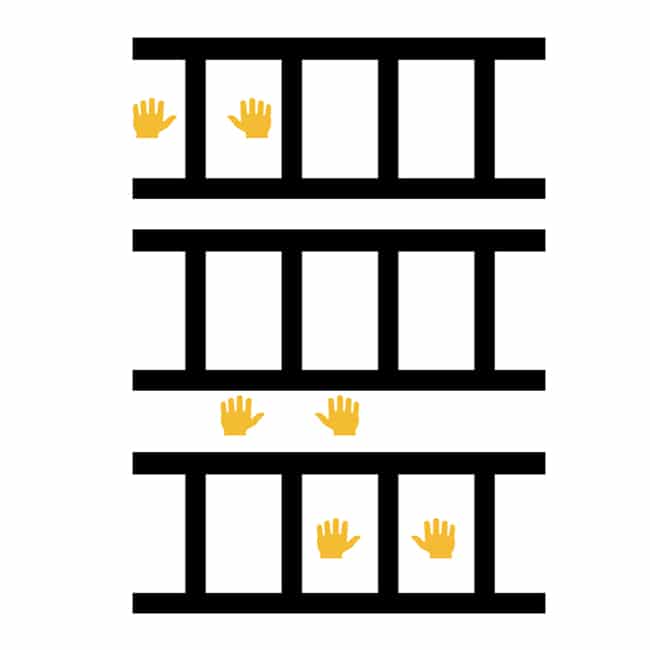 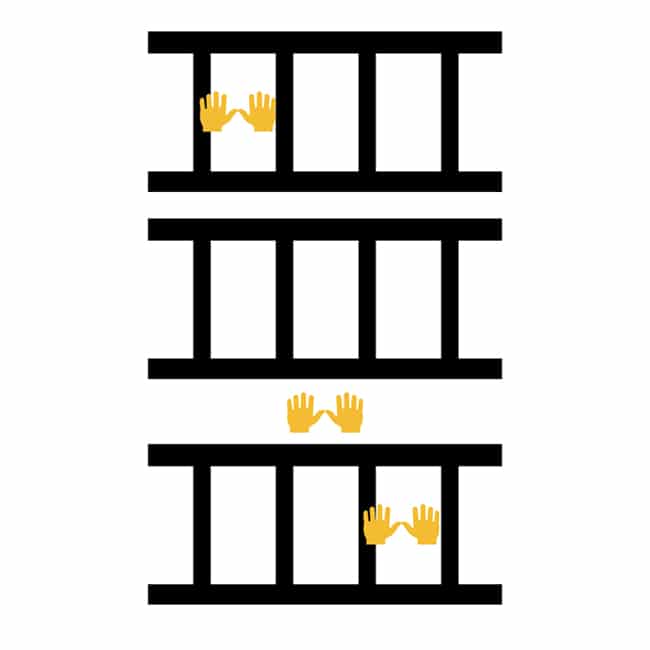 This is a slightly more difficult version of the single-box push-ups. It would be alternating as well like how the previous exercise was done. You’ll go through the ladder one box at a time, alternating between inside and outside. 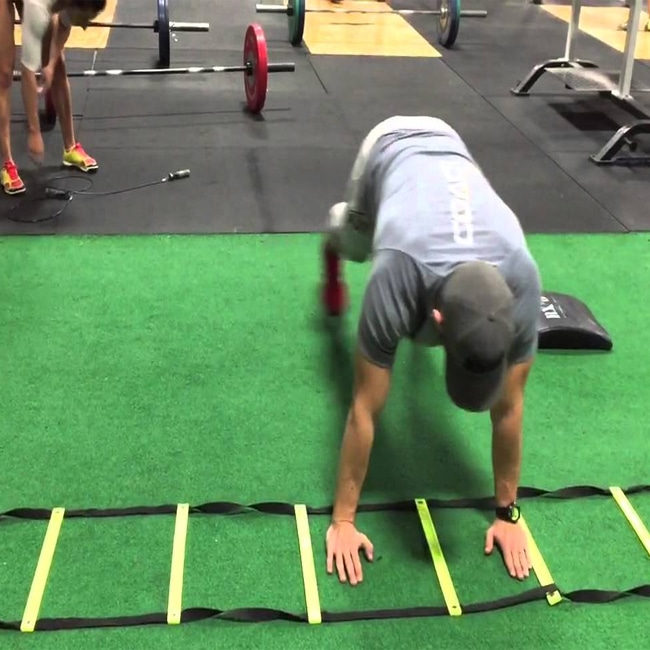 Fitness ladders will provide an excellent tool for you to do upper body conditioning using various plyometric ladder drills. There are a lot of muscles used while doing upper body exercises with fitness ladders and so it causes a lot of gains.

A lot of physical activities use the arms and hands to support or hold something while you are moving your legs, but using just your arms isn’t as rewarding or challenging for most people. Fitness ladders allow you to work out your entire upper body, including both sets of arm muscles, which can be an excellent tool in improving muscle development and enhancing cardiovascular endurance.

The first set of muscles that are used when doing basic pulling up movements is the biceps, which are located on either side of the head near the shoulder joint. The second set of muscles that we will look at is the triceps, which are located on the back of your upper arm near the elbow joint. Both sets of arm muscles are pretty easy to isolate during an exercise when using a fitness ladder and using a fitness ladder will help build explosive power on those muscle groups.

Is Getting A Fitness Ladder for Yourself Worth it or Not?

Is getting your own plyometric ladder a worthy investment? Heck yeah – since there are a lot of ways you can use this equipment, lots of applications in just one tool. You won’t go wrong with getting yourself one and if you’re the “do it yourself” kind of guy or gal, it’s also quite easy to make one for yourself using stuff that is probably already in your house.