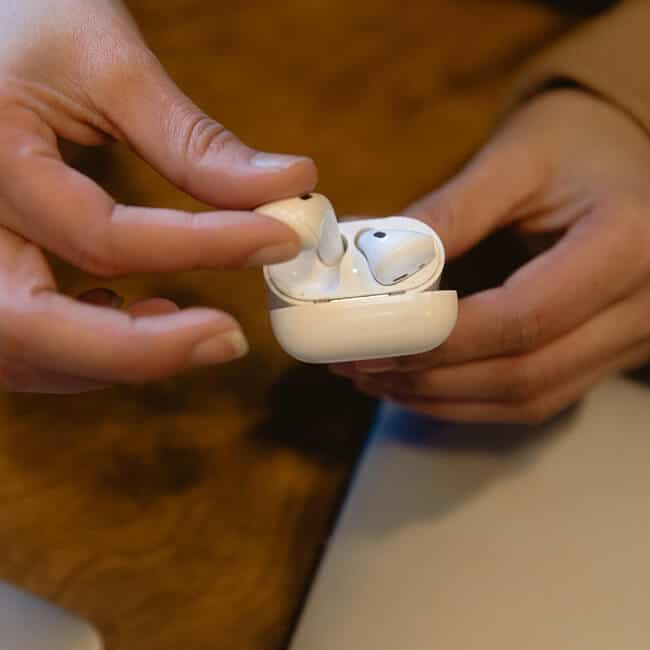 Yes, it’s true. There have been documented cases of not only fake AirPods allegedly exploding, but authentic Apple AirPods exploding as well! This is due to an issue with the battery malfunctioning.

The problem is being investigated by Apple, who are likely keen to keep the reports under wraps so as not to affect sales. However, purchasing AirPods from a non-authentic Apple retailer will greatly increase your chances of this incident happening to you. The truth is that all lithium-ion batteries have the potential to overheat and explode if they malfunction, and the chances of this happening are greater if the batteries are made with low-quality materials or manufactured with less technical skills.

A Florida man named Jason Colon was enjoying listening to dance music while working out at a local LA Fitness when he noticed a strong smell of smoke near his face. Noticing that his ears felt abnormally warm and sensing something was wrong, the man took his AirPods off, placed them on the gym equipment, and went to seek help.

When he returned, all were shocked to see that the Apple AirPods had exploded, thankfully after being safely taken off and placed away from anyone else. 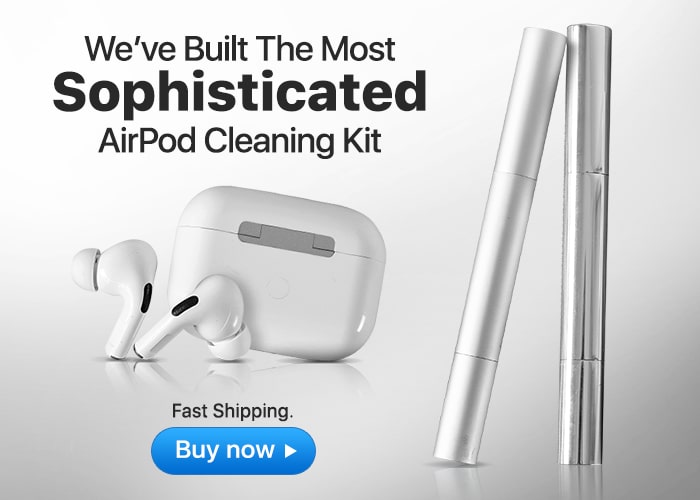 Can Airpods Explode In Your Ear?

After Apple investigated, it was determined that the issue was due to a third-party battery that was faulty. Unfortunately, Apple refused to compensate the woman for her damaged items or her physical injuries due to the fact that the headphones did not use an Apple-approved battery. 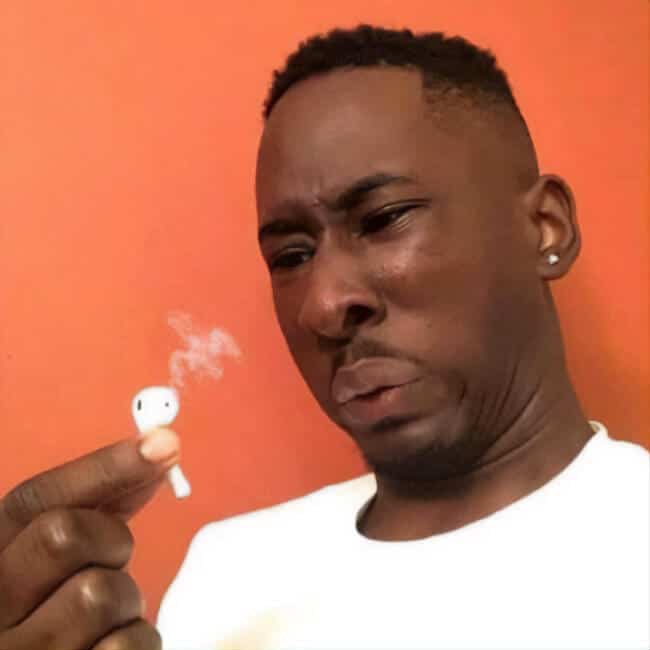 What Other Instances Have Occurred With Airpods Exploding?

In China, another similar incident occurred. Zheng Tang, from Zhengzhou in the Hanan Province, claims that he sustained minor injuries when his Apple AirPods exploded while he was making a call.

The Apple user documented the experience on Weibo, the CCP-approved version of Twitter, complete with photographs of the AirPod, the damage to his ear, and the report from a local hospital. The AirPods were allegedly purchased from a certified Apple retailer and have been retrieved by Apple for further investigation.

The truth is that any battery is capable of malfunctioning, overheating, and exploding, although it is very rare. This situation is made even more unlikely when one considers the high quality of materials and technical expertise that are involved in manufacturing an Apple-approved product. However, those who purchase battery-powered AirPods on the black market – such as fake AirPods – are much more likely to have this unsettling experience. 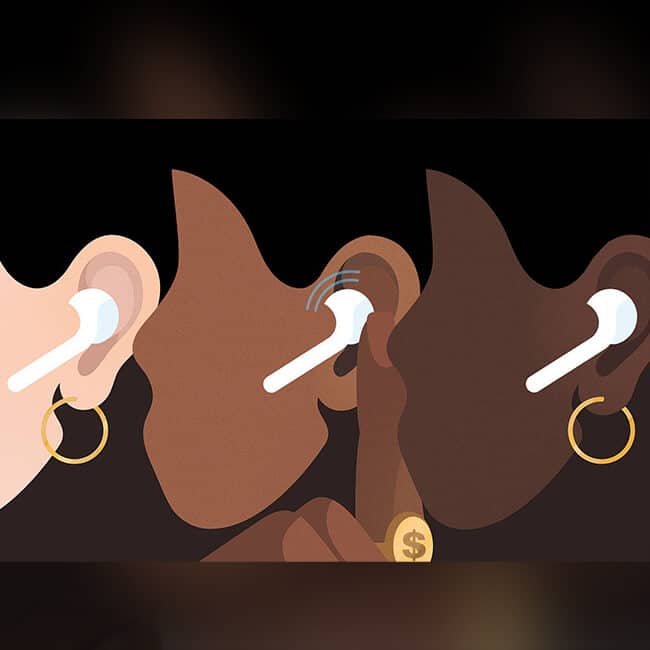 Are There Any Other Products That May Be At Risk Of Exploding and Causing Injuries?

Underscoring the fact that all batteries can potentially be dangerous if not used, installed, or manufactured correctly, the Samsung Galaxy Note 7 had a long-documented issue with exploding. After there were reports of the cell phone exploding, the South Korean tech manufacturer recalled all the faulty cell phones and replaced them with a higher-quality, safer design.

Unfortunately, these cell phones proved to have issues with exploding as well, which caused some embarrassment for the company. In October 2017, Samsung made the shocking decision to halt production of the cell phone altogether, which meant taking a huge hit on their overall sales. 96% of the phones were successfully recalled, with 1.9 million phones in the United States alone being sent back.

Samsung cell phones aren’t the only phones that have had issues with batteries catching on fire. An Apple iPhone 6s started smoking in an Apple store in Zurich, requiring 50 employees and shoppers to evacuate. Seven nearby individuals were sent to the hospital for medical attention. The incident occurred when an employee was removing the battery from the phone.

The list doesn’t end there, however. Batteries, which inherently produce heat when charging, are never completely safe from overheating.

Here are some of the battery-powered products that have experienced overheating, fires, or explosions in the past few years:

In the case of Wake D’Elia, the explosion caused by an overheating battery proved to be fatal. The man was enjoying his e-cigarette when the device exploded, shooting through his skull and tragically killing him. The incident also caused a fire in his home.

Wake D’Elia isn’t the only young man to have died due to faulty batteries, who passed away at the age of 38. A 24-year old Texas man was killed when his vaporizer exploded and propelled itself into the man’s neck, severing an artery. Although it sounds like a fictional tale from a horror store, these events are real, emphasizing the real risk posed by AirPods as well.

Vapes and e-cigarettes are much more likely to be dangerous in terms of batteries overheating and exploding. Batteries are designed to have an insulating wrapper to keep them from becoming too hot and damaging the device. However, in the case of a vaporizer, the goal in order to vaporize the tobacco or marijuana is to have an adequate level of heat. The types of batteries deemed especially dangerous in this scenario are the 18650 model batteries, which have mostly ceased to be in use.

According to George Mason University, there were 2,000 recorded hospital visits due to explosion-related vaporizer battery issues between 2015-2017 alone. Most vaporizers consist of lithium-ion batteries with two thin metal plates, separated by a sponge soaked in a flammable liquid similar to kerosene. 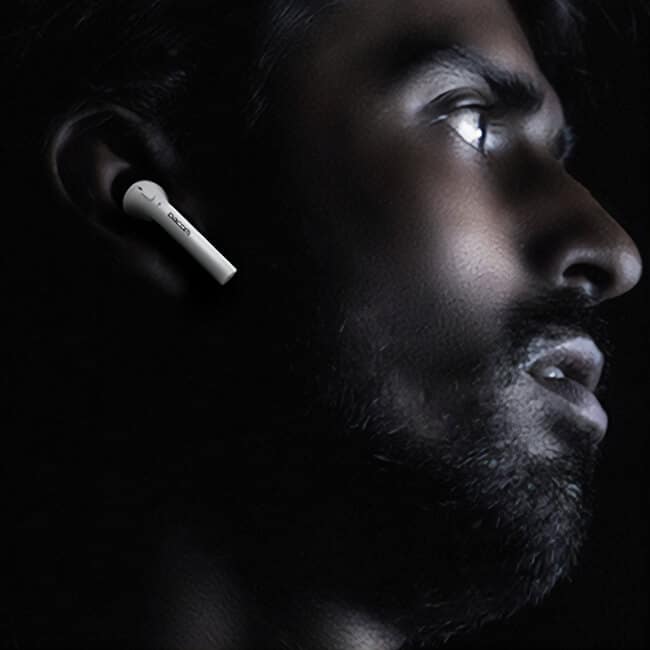 What Causes The AirPods To explode?

While Apple assures us that they take these incidents seriously and investigate each of them, they have been less clear about their findings. What we do know is that these are all highly isolated incidents, and it’s extremely unlikely that your pair of Apple AirPods will catch on fire while in your ears.

Batteries can malfunction and explode for a variety of reasons. After all, they are the means of powering up phones, so it’s understood that they contain energy. Third-party batteries placed in Apple products or low-quality batteries are much more likely to catch aflame. Batteries that are very old and worn out, especially those that are damaged from wear and tear, are also more likely to overheat and explode.

However, experts say that there are some ways to protect yourself from the risk of an exploding battery, whether it be in your vaporizer, your AirPod, or any other device. Keep the following in mind if this article has made you nervous about lithium-ion batteries and you’d like to keep yourself and your family safe: 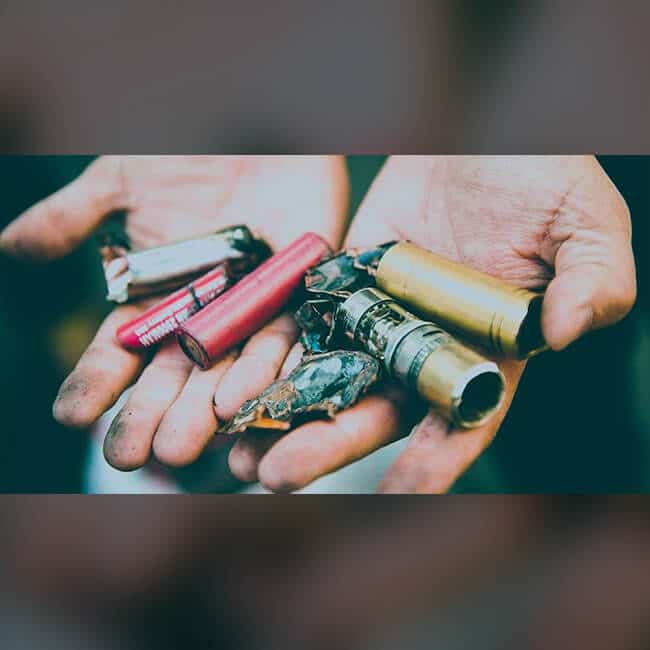 Will My Airpods Explode In My Ear While Using Them?

It’s highly unlikely that your AirPods will explode in your ear while you are using them. All the documented cases of this happening have been unconfirmed. Mr. Colon from Florida claims that he did not see the explosion as it actually happened, which makes some suspect that this possibly may be a cause of fraud in order to receive compensation.

The woman from Australia who suffered burns on her face and hand after her headphones caught fire had her incident investigated and Apple claims they were not at fault. The headphones the woman was using were no AirPods, but another type of battery-powered Beats headphone (now owned by Apple). Apple claims that she used third-party, low-quality batteries in the headphones which caused the issue, so technically it was not Apple’s fault that this occurred.

However, if you do plan on buying black-market Apple Airpods, used or restored Apple AirPods, or fake Airpods, the chances of this occurring to you are greater. Many replica products are produced in factories where quality control is low or non-existent. Because knockoff products are illegal in most countries, factories that produce fake products are often not able to hire employees that are skilled enough to provide the safety and quality guaranteed by Apple.

About the Author: admin