How is Copper Fabric Made , The Antiviral Textile Of Tomorrow 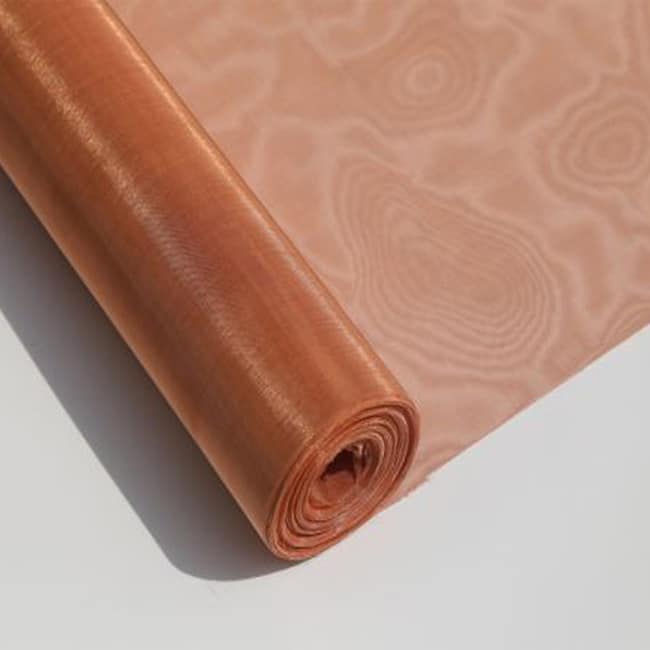 Clothing companies are exploring the inclusion of copper in fabric production. Also, popular media and websites are now discussing the benefits of copper, especially in copper mask product lines that have sprouted up in the marketplace. All of these events have increased the general curiosity of everyone about why copper is being newly used in the form of compression garments. Many inquiring minds are asking, “how is this special fabric created?”.

What Goes Into The Process Of Making Copper Fabric? 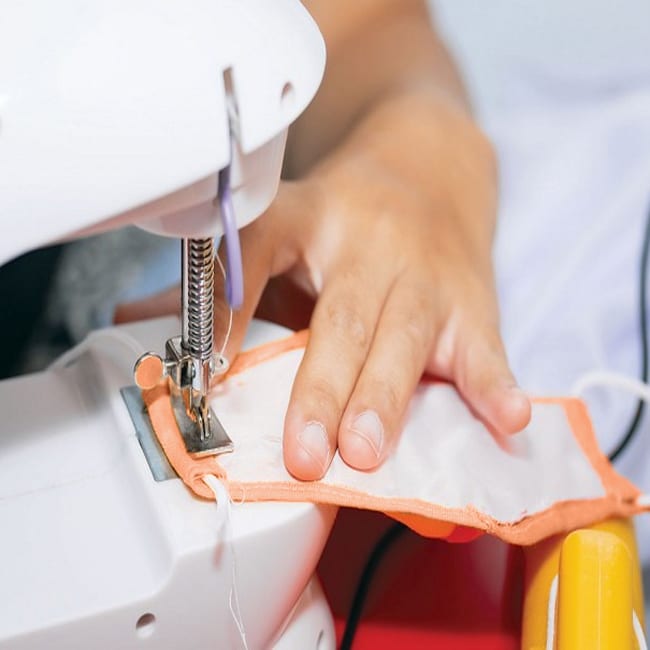 There has been a lot of craze over the use of copper in recent years in the textile industry – more specifically, in the industries that are now producing face masks particularly due to its antimicrobial properties or its resistance to virus and other microorganisms that are proven to be more effective than many other polyester fabric or types of yarn.

While the introduction of copper into garments such as gloves and knee braces can be said to have peaked around 2015, it is still embraced currently. Copper has been used for quite a very long time. Therefore, it is fascinating how this known element has come into conversations and medical studies in relation to the pandemic. It’s sudden resurfacing in popular media has brought up the question.

Can we make all our clothing with copper-infused materials?

The more fascinating thing about the resurfacing of copper is the fact that it is now introduced into fashion and pandemic protection-related garments in the form of face masks and antimicrobial workout gloves are possibly the next step to a new norm in various clothing lines.

For example, a lot of people seem to prefer our copper ion face masks with cotton since it feels nice on the skin and even more effective in protecting the wearer from infection and skin related issues like MASKNE

What most people don’t know is that their body could have copper deficiencies which can create problems like connective tissue damage, muscle weakness, and anemia.  Copper bracelets trace back to 800 BC and were worn by ancient Egyptians as a medicinal remedy, they are still worn today to transfer the element externally into your body. 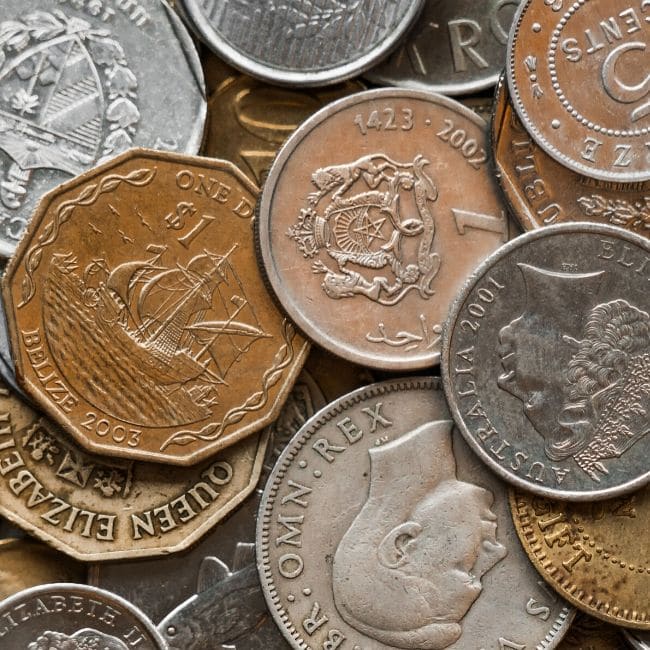 It was particularly used for the treatment of some injuries, like chest pain. It was also used for the sterilization of drinking water – which makes sense because nowadays we’ve discovered that it has antimicrobial properties. Additionally, more mention of copper for medicinal purposes is seen in the Hippocratic collection. While this collection was not entirely written by Hippocrates, it shows that between 460 B.C. and 380 B.C., there were mentions and uses of copper in relation to medicine and health as well as for the prevention of the infection of fresh wounds.

Beyond ancient Egypt, the Chinese also used copper coins and copper bracelets in the treatment of some heart-related diseases. It, therefore, goes without saying that copper played vital roles in the development of medicine, and it still does.

How does that relate to fabric? Well, some studies were conducted as to the medical advantage of copper mesh on the body. Both within and outside the body, it was seen that copper plays an important role in maintaining our health. Our body has some content of copper within it. Additionally, as has been mentioned throughout, copper can serve important benefits when introduced from outside the body. Ensuring the body enjoys the benefits copper has to offer is what prompted its infusion in fashion.

Copper fiber clothing conveniently can accomplish the same as a copper bracelet if you’re not into wearing jewelry. Copper is also commonly used in compression garments and compression clothing, because of just how easy it is to wear and how much it feels good on the skin.

It is also used on other cloth, like socks and gloves – and interestingly – there are some brands of mattress makers, beddings, and pillow companies that separate themselves by solely making their fabrics and mesh made out of copper.

With the coordination of using these copper products in your everyday life, you are able to get the microdoses of copper your body needs to fight off infections and help with inflammation.

The World Is Turning To Copper Products 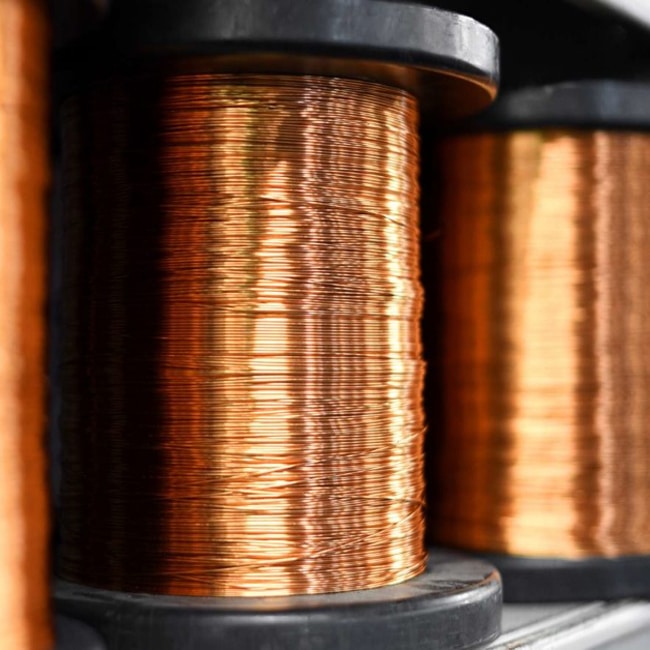 In any case, copper and fabric are a combo that is beginning to get some tailwind. That is because copper products are now commonly being incorporated into clothing, beddings like mattresses, and pillow sets, and some companies are dedicated to this cause. Therefore the demand for high-grade copper fabric is growing and many people are expressing satisfaction with their use of copper fabric due to how nice it feels on the skin – making it one of the most comfortable fiber elements, second only to cotton, and also by how effective its antimicrobial properties are.

You may wonder in what way copper and fabric are similar. You may be confused as to how they can even be merged in the first place to form different types of apparel. This post, amongst other things, will touch on the necessary details regarding how the copper fabric is made. 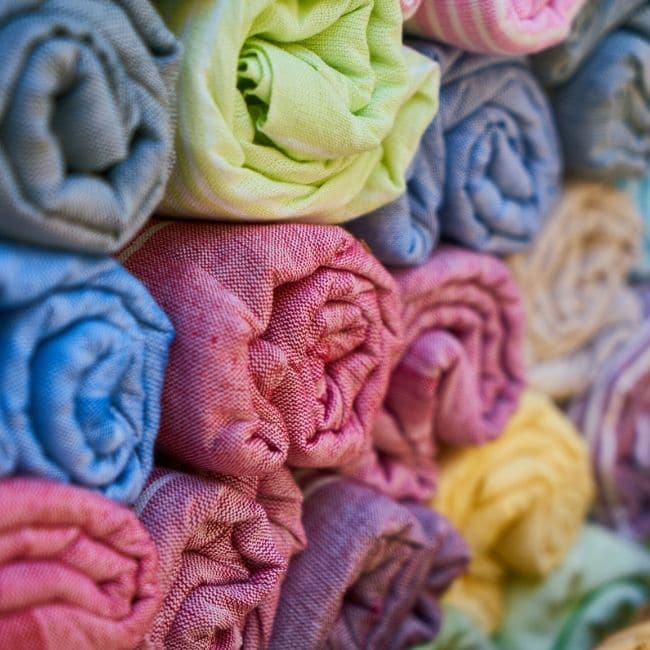 However, it is believed that the creation of copper-infused fabric through copper fabric flashing might have originated in the Middle East. While ancient Egypt and other regions used copper first for medicinal purposes. What is amazing is that a couple of thousand years later we discover that copper does have some antimicrobial properties today as it did back then.

Small amounts of evidence show that the American textile industry ventured into copper-infused fabrics when large-scale mining took place in the USA during the late 1800s.

However, it has been the case that copper fabrics became increasingly popular in the twenty-first century especially these days with a lot of copper mask products being produced in the market since it had been proven that copper surfaces have antimicrobial properties that kill germs on contact. Before the pandemic, talk about copper fabrics was non-existent but now the general population can benefit in many ways by wearing copper garments for Covid 19 Protection.

Origins of copper fabric stem way beyond comprehension but we can be assured how lab reports have revealed how effective it is in protecting a human body. It is quite interesting how copper fabrics are made. The process is not that easy, but once the copper is ready, mixing it with fabric is a delicate process in which few factories reveal their trade secrets.

The Factory Process On How They Make Copper Fabric 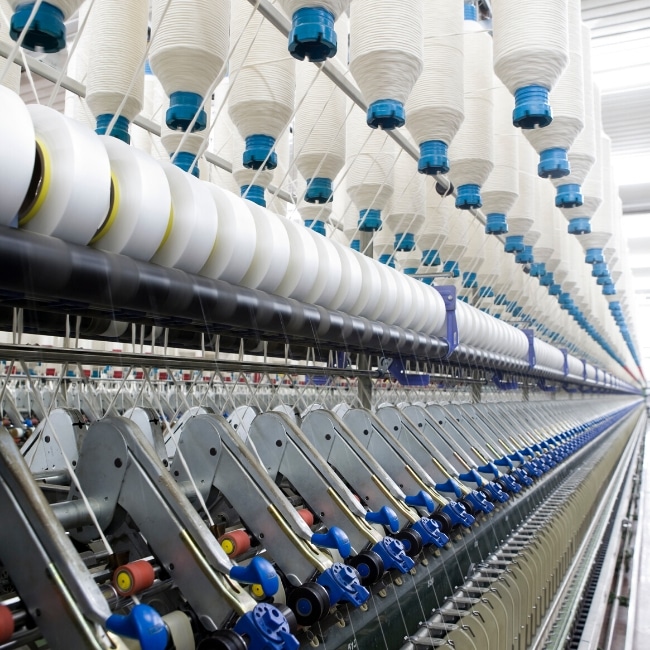 Copper is extracted and purified and the copper ions singled out from the excess copper, resulting in a liquid form containing copper ions which you can see from this video. Once you isolate the copper ions, only then will you be able to start infusing them into fabrics. There are a few ways in which we found how copper fiber is made – and it always involves mixing copper ions into the fabric. Textile companies who manufacture copper fabric now each have their own technology on how they make copper fabric and honestly, most explanations are vague on that account – probably an effort to protect each owner’s technology. However, there is some great information out there that reveals the process – one of them being what is probably the first time that copper-infused fabric was made.

A research article from 2010 sheds some light on how copper-infused fabric is made and it may have been the first technology that was invented that allowed companies everywhere to mass-produce copper-infused fabrics. Although this article emphasizes more on the antimicrobial benefits of copper – it does talk a bit about how the process goes when it comes to making copper fabric. The research article describes the production of copper fabrics as either “impregnating” or “plating” copper oxide into fibers.

Plating is a different process, but is just as simple as impregnation – it basically means covering up something with metal. So in the case of fabric infusion, copper oxide in liquid form is plated onto a sheet of fiber. These are the two ways in which copper fabric is made.

In relation to that, there is a research article released by Bing Li et al. that talks about the invention of a device that could infuse copper ions into fabric much more efficiently using a method that’s commonly used for making microstrip antennas – it describes how this device is able to drastically optimize the process of infusion. They describe this device to be a “three-axis robot” with precision liquid dispensers that is capable of infusing copper into fabrics sequentially. The way this robot is able to infuse the fabric is by using its two dispensers – one containing copper sulfate and another containing sodium borohydride – to deposit these reactive chemicals into the fabrics in sequence. This results in the copper-infused fabric we know today. 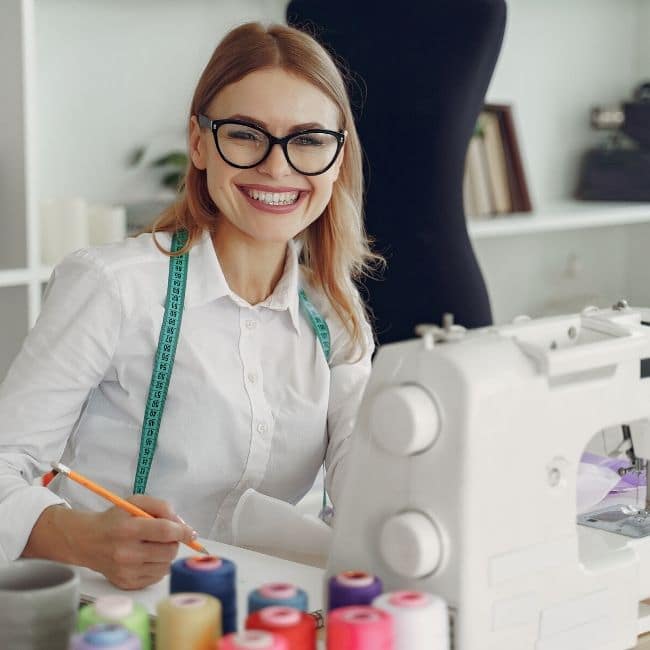 is being used as a way to treat diseases now because of its ability to reduce infection and effectively guard against harmful microorganisms.

In addition to that, it is often said to be effective in thermal regulation. Thermal regulation has to do with body temperatures. The regulation comes to play when it is necessary to keep the body’s temperature within healthy limits. Its effectiveness is particularly high when the weather is rather hot. Alternatively, its effectiveness is also at its highest when the body is partaking in activities that generate heat. It is also great during the cold weather, keeping the body warm.

It is also known to be breathable, to some extent, allowing for a good passage of air. This way, when, for instance, a person is involved in an energy-intensive activity, the copper fabric does not contribute to possible discomfort. It allows for more breathability and flow of air. Which is why some face mask companies make a copper mask out of copper-infused fabric and polypropylene fiber since the copper ion material or copper surfaces is also said to be able to prove as a great component to provide resistance to some microorganism, virus or other harmful entities that can cause infection and other diseases to the human body due to its antimicrobial properties. This also makes it better than other materials or other components for some mattress companies.

Furthermore, it is said to be effective against body odors. This still goes back to it being antimicrobial.

There are other benefits, like how it’s used in plumbing in construction – in sealants and in drip edge canopies and roof gutters, but these are some of the major ones.

In terms of specific functions, it is claimed that copper compression gloves help with arthritis. How does it work? The compression gloves put continuous pressure on the area of pain, helping the circulation of blood flow. While this has been widely claimed, there has not been much scientific support for it.

But in any case, copper compression gloves and copper-induced gloves are also antiviral and have been lab-tested to kill bacteria and germs on contact. They are breathable and help to keep the hands warm and dry when your daily work or exercise session starts to heat up.

There is a lot that goes into making copper fabric. There are also a lot of claims related to copper fabrics, including purported benefits concerning arthritis. However, copper fabrics are still gaining popularity, especially as COVID-19 remains a threat to public safety, and it’s not safe to touch surfaces as often as you normally would. Perhaps, you will enjoy them because they feel sensational after trying a pair on for the first time.

You will start seeing more copper-infused garments introduced to the market in the near future. The copper fabric embrace continues!